The History of Indonesian Cigarette 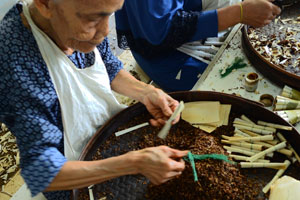 Talking about Indonesian cigarettes or local cigarettes, we should credit the kretek cigarette. The term of Kretek itself derives from the crackling sound produced by the mixture of tobacco and clove in cigarettes when lit by fire. This clove mixture in tobacco is a unique innovation nowhere found in other countries’ cigarettes. By some people, the innovation of tobacco and clove processing is also influenced by the local people’s habit of chewing betel nut which is often mixed with sliced and dried tobacco leaf as a tradition.

Some historical records stated that smoking habit in Indonesia was known when the Western people came to the land. Several historical sources from the VOC report mentioned that Sultan Agung used to smoke using pipes. Meanwhile in Babad Ing Sangkala, it was written that a number of Javanese nobles consumed tobacco cigarettes during the reign of Panembahan Senopati in the Islamic Mataram kingdom.

Apart from the initiation of tobacco cigarettes experienced by the Javanese nobles and kings due to their acquaintanceship with the Dutch colonialists, among the lower classes, the smoking habit also began to spread with its own uniqueness, regardless. This group had developed the tradition of blending tobacco with other mixed ingredients as part of an agrarian society culture that still had faith in kejawen spirituality. From this spirituality’s perspective, the tobacco’s blend mixed with uwur, klembak, menyan, and clove were developed. In some rituals, these blended cigarettes were even included as part of offerings along with coffee and tea granted to the deceased ancestors.

The existence of kretek cigarettes itself had numerous versions. According to some historical data, the production of kretek-rolled cigarettes in home-scale had emerged in the city of Kudus in 1870. At that time, the existence was associated with the name H. Djamhari who was supposedly to be the inventor and developer of this hand-rolled kretek cigarette business. The story of this innovation is quite unique. He tried to cure the pain and stuffy feeling in his chest by mixing the finely chopped clove with tobacco. This idea showed up when he chewed the clove and his pain gradually improved. Then, he thought that if the smoke from the clove reached his lungs, the pain in his chest would surely heal. Evidently,his trial of smoking the blended clove and tobacco met his expectation. Thus, the news about H. Djamhari’s innovation was spread and this kretek cigarette has existed since then. 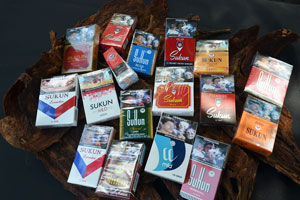 After H. Djamhari passing in 1890, the tobacco industry in Kudus had developed. Starting from Niti Semito with the brand Bal Tiga and it initially used to be a klobot cigarette. The new type of kretek cigarette was produced by Niti Semito in 1909 and sold with no-packaging. He sold cigarettes in bundle at a price of 2.5 cents per bundle (25 pieces of small size) and 3 cents (25 pieces of large size).

Since the product were so in demand, Niti Semito named his kretek cigarettes product with the brand “Soempil”, then he replaced the name to “Djeruk”, and changed it again to “M Niti Semito”. The success of Niti Semito was marked in 1914 when the company carried the name Sigaretan Fabriek M. Niiti Semito Koedoes and employed up to 15,000 people. Seeing the success of Niti Semito, many entrepreneurs began to follow his footsteps. In 1912-1918, cigarette factories had emerged in Kudus, and Central Java to East Java region. From Kudus, several cigarette factories had existed such as brand “Delima” (owned by Haji Ashadi), brand “Mrico” (owned by Atmo’s family),  and brand “Jangkar Duren” (owned by Haji Ali Asikin). As for other cities, some cigarette factories were found in Semarang, Surabaya, Blitar, Kediri, Tulungagung, and Malang. 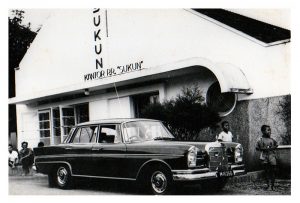 After the riots, the kretek cigarette business in Kudus started to be taken over by Chinese entrepreneurs. In 1930, the brand “Menak Djinggo” had existed in Pati, a joint venture between Kho Djie Siong and Tan Djie Siong. In 1935, the factory moved to Kudus, which later (1953) produced the brand “Nojorono.” As Nojorono received a warm welcome from consumers, in 1973, the brand was used as the name of business entity: PT Nojorono Kudus. Later in 1936, kretek under the brand “Gentong Gotri”owned by Kho Djie Hayhad emerged. Some quite prominent indigenous entrepreneurs in this era were,i.e. Haji Ma’roef who founded the brand “Djambu Bol” in 1937 and then MC. Wartono in 1947 with the brand “Sukun.”

After 1924, the cigarette industry did not only develop in Kudus. Cigarette factories also had existed in some cities in East Java, like Kediri, Blitar, Tulungagung, and Malang. If there were only about 35 factories in 1924, then in 1928, there were already 50 factories, and the number had reached 269 factories in 1933.

Get Latest Update on our CSR, Events Schedule, Products