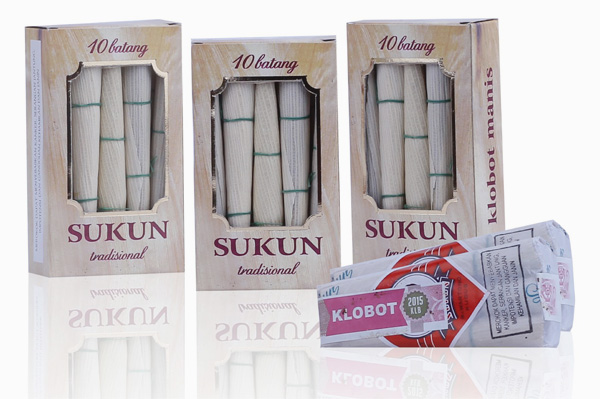 The first cigarette brand released by PR Sukun at that time was Siyem. Mc Wartono, the founder of PR Sukun, did advise his successors to maintain the production of klobot cigarettes. And furthermore, he instructed them not to lay off the employees who are in charge to roll the klobot cigarettes until the employee himself wants to resign. These are done to show respect and appreciation for employees who are considered to have contribution of raising the company.

In recent 5 years, the klobot cigarettes in PR Sukun has been produced for the average of 20,000 cigarettes /day with the declining number of employees to the remaining 50 people as a natural process. Klobot cigarette product of PR Sukun with a package consisted of 6 cigarettes is sold with RSP (retail sale price, Red) Rp. 1,400 /package.

Get Latest Update on our CSR, Events Schedule, Products